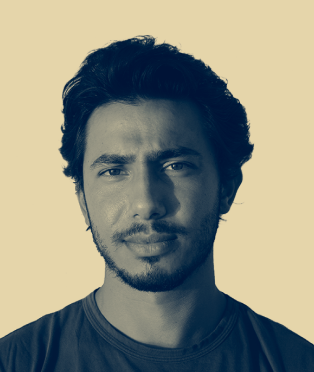 Back in December 2019, Forbes, PR Week, and other outlets noted that skyrocketing CPMs on Facebook were becoming a legitimate issue. As many as 85% of marketers said they felt deeply “concerned.” Was Facebook getting too expensive for businesses that depended on it for a good portion of their revenue? If so, what would happen after that?

In the years since, things have only gotten more complicated for Facebook. Amidst peaceful protests in the summer of 2020, big-name corporations such as Unilever, Verizon, Hershey’s, and REI were boycotting Facebook for its policies on hate speech and violent content. Meanwhile, the pandemic changed our economy and the e-commerce world irrevocably.

Then 2021 came along — and rattled the digital marketing landscape even further.

First, a little bit of history.

Data privacy in the digital age began to trend with the GDPR (General Data Protection Plan) back in 2018 — coincidentally, around the same time that the infamous Facebook-Cambridge Analytica data breach broke the news. Under the GDPR, which is the toughest privacy and security law in the world, businesses that in any way process the information of EU customers are required to protect the personal data and privacy of those customers according to a strict legal framework, at the risk of being fined up to 20 million euros.

The GDPR changed marketing forever, relegating certain tactics to the history books and raising the bar for marketers to develop more thoughtful and creative strategies.

Things got shaken up even more when Apple unveiled its iOS 14 update in 2021, with big adjustments to its App Tracking Transparency Framework (ATTF). iOS 14 significantly reduced the amount of data that marketers could collect through Facebook — impacting everything from pixel-based conversion reporting to conversion rates, campaign budget optimization, retargeting audiences (of course), and beyond. Facebook immediately responded by accusing Apple’s new update of negatively impacting struggling small businesses during the pandemic.

The privacy saga is hardly over yet. Google's plan to phase out third-party tracking cookies creates a headache and a half which has yielded plenty of antitrust complaints, investigations, and lawsuits in countries around the world.

The point of all this data privacy talk? To drive the point home that digital marketing is rapidly shifting away from Facebook in the iOS 14 (and soon-to-be-cookieless) world. Since these platforms are no longer collecting as much data, they’re learning at a much slower rate — giving marketers fragmented optics into the audiences they’re trying to reach.

In fact, plenty of brands are already shifting dollars in their marketing budget away from Facebook and toward more traditional channels, including out of home, radio, and direct mail. Poshmark, the online marketplace for secondhand goods, announced that it was “directing dollars toward TV advertisements and influencers to try to acquire new customers” as a result of the iOS 14 fallout.

The FB Bubble Burst: Now What?

We’ve mentioned it before in our “Future of Marketing” series, but building your own source of truth (a.k.a., first-party data) is crucial to any marketing plan. In addition to centralizing data, marketers will need to be even more creative and nimble when it comes to acquisition, investing time and resources into building their community, creating a strong sense of trust and transparency, and fortifying their retention efforts. It’s a long road ahead and we’re bound to run into unforeseeable surprises along the way, but with the right future-proofed plan, brands can set themselves up for long-term success.