Memes: Welcome to the Hivemind 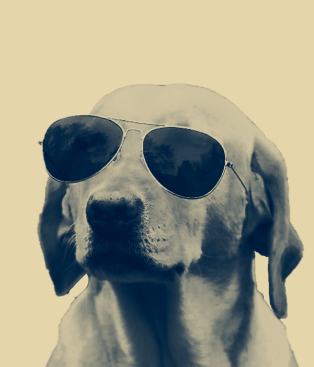 Meme (noun) - 1. an idea, behavior, style, or usage that spreads from person to person within a culture 2. an amusing or interesting item (such as a captioned picture or video) or genre of items that is spread widely online especially through social media

Could it be possible that, as inane as they seem, memes do much more than give us the occasional chuckle?

‍
According to Statista, 3.6 billion people used social media in 2020. We can guess that every single one of them has seen a meme, if not several daily.

People say the internet is a revolution in our ability to communicate, which is true, but it has also revolutionized how we communicate.

With social media, it’s possible for millions of people to converse by using memes.

“Meme” is a catch-all term for any “organically shared & emulated online thing,” whether it’s a phrase, image, character, behaviour, or anything in between. They can be thought of as the grassroots dissemination of a specific idea, and their individual reach is directly correlated with how funny they are.

One million people could share a humorous image of a political leader, which is then seen by tens of millions, and then someone with a different opinion could make something viral lampooning the opposition.

Who cares? Well, the government. It’s old news that China censors comparisons of their president to Winnie the Pooh, and even older news that Russia has banned doctored images of public figures.

In countries where freedom of expression laws are stronger, the tactics of managing public opinion are different. During the last two presidential elections, we saw social media sites plagued with botnets controlled by political actors within and outside the US. Their goal was the drown real conversation with and a shotgun approach to memeing, hoping that some of the hundreds of low-grade memes they churned out daily would get some real traction.

A viral political meme easily gets over 10,000 likes, which roughly equates to several million views (anything viral is often copied & pasted onto multiple platforms, so there’s no ceiling on how many people might see something). This means that a single viral meme could easily get the equivalent of $100,000 to >$1mil in views going by average campaign spend. When something is going viral every other day during campaign season, it’s a fairly cost-effective way of pushing public opinion in a particular direction.

Memes are how we debate now. The largest cable news channels average a few million viewers per day while memes on current events far outweigh the news in terms of viewership. Anyone can make a joke that encapsulates their opinion on recent news, and if enough people agree, it is shared to the degree that it becomes part of public consensus.

For better or worse, public opinion, politics, and for that matter our culture are all being guided by funny little social media posts.