Fibbing and Revisionism in Brand Storytelling 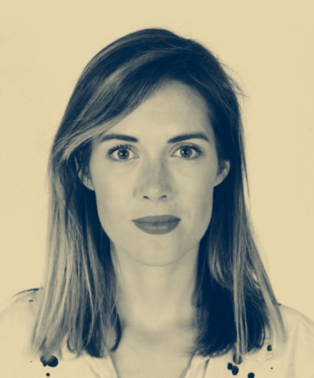 A company’s “origin story,” like any narrative, weaves together mundane facts and transforms them into a familiar, resonant arc. Billionaire John Paul DeJoria, for instance, was once homeless with a two-year-old son and bootstrapped his way to co-founding both Paul Mitchell and Patrón with a mere $700 in startup cash. Deepica Mutlaya, founder and CEO of Live Tinted, started her beauty brand because she never saw South Asians like herself represented in the media. An origin narrative is more than just a background story — for many of the most prosperous businesses, it’s a salient part of the company’s DNA, connecting and reflecting its mission, vision, purpose, and values.

Still, as we all know, telling a good startup story can just be that: a good story. On the one hand, brands may embellish or change their narrative for the sake of brevity; on the other, they may fabricate the facts to such an extent that they become one of the biggest frauds of all time. Where’s the line?

For a founder, having an inspiring story can be personal fuel to constantly make a positive impact. It’s also a critical marketing engine that speaks to investors seeking the “gems” among the dross and conscious consumers who look to champion brands that align with their own values. With an entire industry of branding agencies and PR pros existing to craft the most compelling brand narratives, the stakes feel high for young founders to distinguish themselves in an already saturated, competitive market.

At the end of the day, we’re suckers for great brand narratives, especially when they involve the pathos of betrayal or persistence against all obstacles and odds that we can extrapolate into our own lives. (Isn’t this why we have four movies — and countless documentaries — about Steve Jobs? Or the wildly successful The Social Network, which delves into the starting days of Facebook/Meta?) And since it’s not all that difficult to manipulate users’ media literacy (think: greenwashing, pinkwashing, and all the other ways large corporations make us feel “better” about our purchasing decisions), it makes one wonder how we even begin to navigate something as fragile as trust when our attention has become the biggest commodity.

A Little Fibbing Is Inevitable

We obviously don’t condone outright lying, but a little fibbing will happen, especially when it comes to minor details. Many of us have done this plenty of times: consolidating characters in our university personal statements so as not to confuse the reader; giving very, very high-level overviews of our biggest career accomplishments in a job interview; even glossing over private details or irrelevant facts when answering, “How are you doing this week?”

Let’s be clear — this obviously isn’t a 101 on Kantian ethics. And we’re well aware that when it comes to brands that are profiting from consumers, the terms and conditions are a little different than they are in the examples above.

What we’re saying is that founders will need to think carefully about how they present their stories to investors who receive thousands of pitches and consumers whose eyes wander across dozens of identical products on a shelf. Don’t make sh*t up or steal credit, but consolidate and clean up your story so it lands.

Though there were plenty of intricate issues at hand in the Theranos scandal and even the recent Ozy Media fraud, one pattern stands out: the pressure for things to always be stellar. When hundreds of millions of (potential) investor dollars are on the line, founders experience a specific kind of stress: painting a rosy picture where exponential growth is the constant goal and every dip or lag must be justified carefully and precisely.

This may sound reductive, but many examples of blatant fraud — Theranos’s Elizabeth Holmes literally creating a fake laboratory for then-VP Joe Biden to tour or Ozy Media’s Samir Rao impersonating a YouTube executive on a call with Goldman Sachs — stem from the same source as a more commonly practiced iterative revisionism, where companies subtly revise their origin stories as they move from one round of funding to the next, leveraging the newest data or social climate to optimize their messaging.

Own Up to Failures

So what can founders do when they’re not performing up to par? There’s obviously no universal solution, and there’s a world of difference between a small business that isn’t reliant upon investor funding and a much bigger brand such as Glossier, which landed $80 million in funding in 2021 and, as of a few months ago, had to lay off 80 team members because it got “distracted” from its core mission and perhaps hired a little too quickly.

But one thing is clear: in an age of progressively worsening trust in institutions and corporations, where authenticity and transparency on all fronts are becoming driving factors in shopping habits, it’s time to shift from a “cover-up” mentality to one of vulnerability. There’s a power to owning up to your failures, and businesses can and should leverage them as an opportunity to “get real” with their customers. It’s easier said than done, of course, but with research indicating that 90% of consumers label authenticity as a key factor in determining which brands they support, it’s time brands remember that the power in their story lies in how they tell it, not controlling the facts.